by African Acid Is The Future 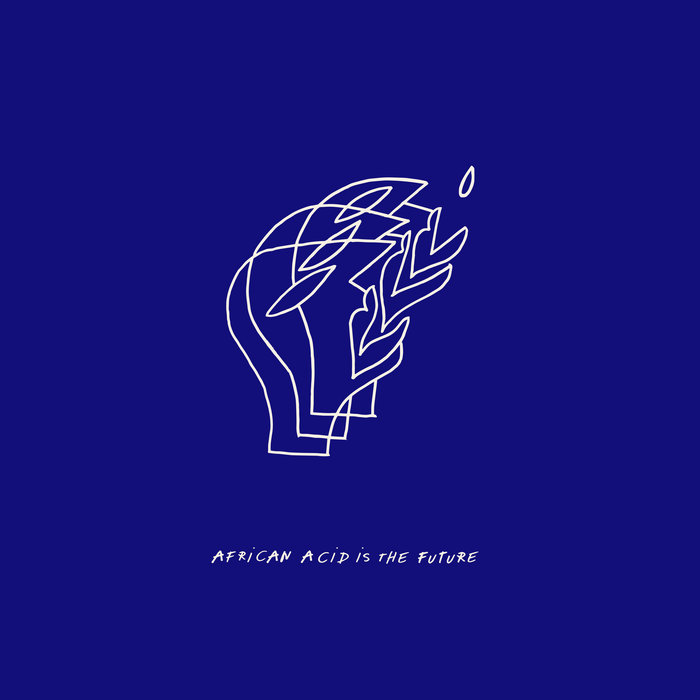 Cult Berlin club night and label African Acid Is The Future returns for the second release in a trilogy of releases that take listeners into the unique spirit of the night. This time, they offer a series of recordings from the party itself, all taken live in the heat of the party in May 2018. Featuring two tracks from Les Filles de Illighadad and Edmony Krater, before each track is remixed by AAITF residents Dauwd and Maryisonacid, as well as DJ Oil.

Les Filles de Illighadad come from a secluded commune in central Niger, far off in the scrubland deserts at the edge of the Sahara. Best known for their guitar performances, this recording from AAITF finds them at their percussive best on the simply titled ‘Tende I’ and ‘Tende II’.
Tende takes its name from a drum, built from a goat skin stretched across a mortar and pestle. Like the environs, tende music is a testament to wealth in simplicity, with sparse compositions built from a few elements: vocals, handclaps, and percussion. Songs speak of the village, of love, and of praise for ancestors. It’s a music form dominated by women. Collective and communal, tende is tradition for all the young girls of the nomad camps – played during celebrations and to pass the time during the late nights of the rainy season.

Edmony Krater is an avant-gardist percussionist, singer and trumpet player, as well as native of Guadeloupe. For this performance, Krater performs a duo of tracks separated by three decades, but united by Carribean rhythms; ‘Gwadloup’ was originally released in 1988 as part of the album ‘Edmony Krater Et Zepiss ‎– Tijan Pou Velo’, while ‘Lagé’ is taken from 2018’s album ‘Edmony Krater ‎– An ka sonjé’.

Dauwd and Maryisonacid turn in their first ever collaborative remix, turning ‘Tende II’ into a powerful but restrained groove that perfectly captures the feel of a peak-time AAITF dancefloor, mixing playful synthesis with traditional instruments, building bridges between genres without resorting to cliche.


Dauwd alone applies his gently bubbling style to Krater’s ‘Gwadloup’, utilising as many elements of the original possible to construct a lounging, authentic groove that thrives on an irresistible live bassline. A special AAITF outro kisses off ‘Lage’, before French master DJ Oil closes the record with his layered, sophisticated interpretation of ‘Gwadloup’.

"From afro to techno, and a lot more in between.
Because Africa is mother of beat, and beat is tempo. May your hearts beat on our tempo and steps groove with our flow. On an acid trip around Afro rhythms, traveling from Nigeria, Ethiopia, Congo to Ghana, cruising on electronic sounds, cosmic rhythmics and psychedelic vibrations.
African acid is the future and ...^*" ... more

Bandcamp Daily  your guide to the world of Bandcamp

Guests include Kassa Overall and Muriel Grossman, plus an LP of the week by Van Hunt.